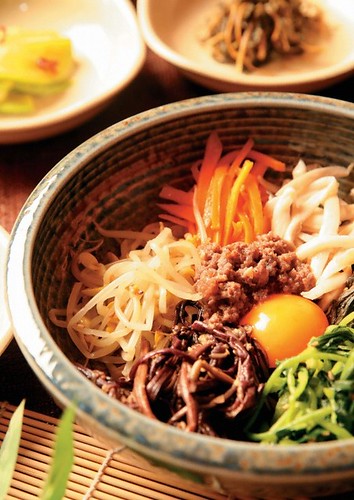 Bibimbap (Korean pronunciation: [pibimp͈ap̚][1]) is a popular Korean dish. The word literally means "mixed meal. " Bibimbap is served as a bowl of warm white rice topped with namul (sautéed and seasoned vegetables) and gochujang (chili pepper paste). A raw or fried egg and sliced meat (usually beef) are common additions. The ingredients are stirred together thoroughly just before eating. [2] It can be served either cold or hot. 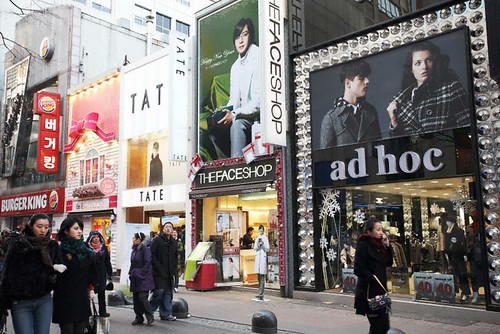 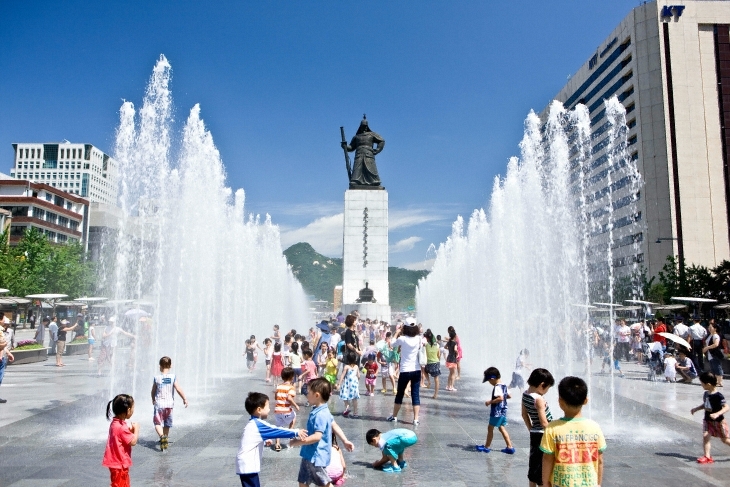 Gwanghwamun (Hangul: 광화문; Hanja: 光化門) is the main and largest

As a landmark and symbol of Seoul's long history as the capital city during the Joseon Dynasty, the gate has gone through multiple periods of destruction and disrepair. The current restoration work on the gate will be finished in 2009.

Gwanghwamun was first constructed in 1395 as the main gate to Gyeongbokgung Palace, the main and most important royal palace during the Joseon Dynasty. During the 1592 Japanese Invasion, it was destroyed completely by the Japanese.

However, Gwanghwamun was reconstructed in 1867 along with the rest of Gyeongbokgung Palace by the order of regent Daewongun during the reign of Emperor Gojong. The gate stood until 1926, when the Japanese government had it dismembered and moved it to the current location of the National Folk Museum of Korea to make way for the massive Japanese Governor General Building.

The Korean war completely destroyed the wooden structure of Gwanghwamun, and its stone base lay in complete disrepair and neglect. In 1963 the destroyed wooden structure was rebuilt during Park Chung Hee's administration in concrete, while the sign on Gwanghwamun was written by Park himself. Gwanghwamun remained as a concrete gate until late 2006. 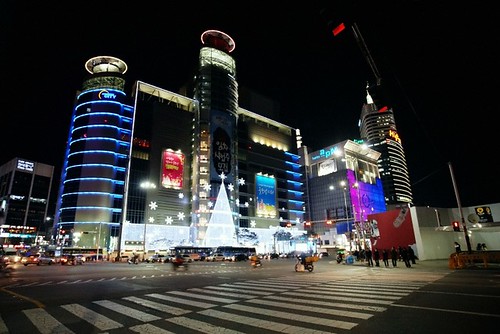 Dongdaemun Market or Tongdaemun (abbreviated DDM) is a market and shopping center in Jongno-gu, Seoul, South Korea. It is the largest shopping center in South Korea[1]. It opened in July, 1905 and was originally located in Yeji-dong (예지동 禮智洞) whose name literally means "a neighborhood for learning politeness", so the market was first called Baeugaejang (배우개장, market for learning). [2] Dongdaemun Market is located near Dongdaemun of which it takes its name. In total the market has 26 shopping malls situated over 10 blocks, 30,000 speciality shops, and 50,000 manufacturers [3]. The market sells goods ranging from just about everything but notably silks, clothes, shoes and leather goods, sporting goods, plumbing and electronics, office supplies, fortune tellers, toys and food areas specialising in Korean cuisine. The market was traditionally a night market and wholesalers once operated from 1:00 a.m. To 1:00 p.m. Now, the area is open for 18 ½ hours a day from 10:30 a.m. To 5:00 a.m. , with some stores open 24 hours a day, although most stores close on Mondays and holidays.

Gyeongbokgung, also known as Gyeongbokgung Palace or Gyeongbok Palace, is a royal palace located in northern Seoul, South Korea. First constructed in 1394 and reconstructed in 1867, it was the main and largest palace of the Five Grand Palaces built by the Joseon Dynasty. The name of the palace, "Gyeongbokgung," translates in English as "Palace Greatly Blessed by Heaven. " Heavily destroyed by the Japanese government in the early 20th century, the palace complex is slowly being restored to its original form prior the destruction. As of 2009, only 40% of the palace has been rebuilt. 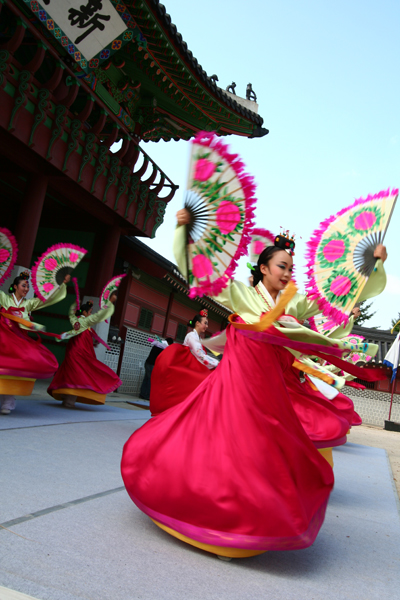